Of Pens and Other Collections

A few months ago, I rediscovered an old fountain pen, a long-forgotten companion from my college days. It was a cheap Parker with a plastic body, hidden in the midst of a drawer full of odds and ends. I resurrected the pen, washed it and filled it with ink and Voila! It was as good as the day I had laid it aside. It raced across the paper; its old nib abraded to perfection for my writing style. As I wrote, memories flooded back: College Street in the late Seventies, copying notes in the portico, long hours in the library of the economics department and hurriedly penned personal notes. Everything returned with a haunting intensity, unleashed by the opening of my old fountain pen. I wondered why I had discarded this and a couple of other fountain pens used eons ago. The pens and a couple of bottles of ink had survived the decades despite being abandoned. The computer and cheap gel pens had rendered the fountain pens redundant. But once I started writing with the old Parker, I realized what a terrible mistake I had made. Forgotten muscle memories woke up as did a whole process of cogitation. I realized that writing with a fountain pen is more than just forming words on paper; it involves many cognitive processes, arousing somnolent parts of the brain. These COVID-19 times were ideal for reviving old habits. I not only resurrected the few pens I had but also discovered the wonderful world of fountain pens (largely from this blog!). Nowadays with easy imports and online stores, I found it easy to procure a number of excellent - and for me, intriguing - fountain pens and some inks. I was entering into a whole new world. I connected with some old friends to share my new found passion. Many of them, I learnt had sizeable pen collections. One of them, who is an author of several books, suggested I make a wooden box for his pens. My passion for making wooden boxes and clocks is no secret in my friends' circle and I have made many items for them. 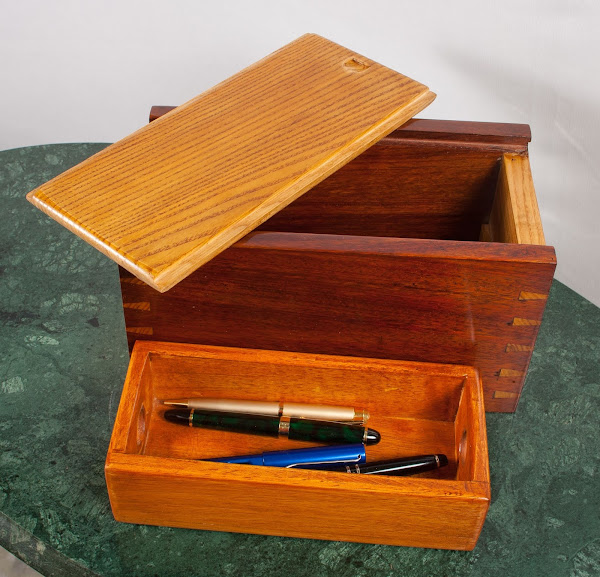 I happily agreed and got down to deciding on a simple but elegant design for a fountain pen box. As a tradition respecting person, I don't usually turn to the Internet for design inspiration. Rather I prefer to dig into our past and try to find design traditions to base my designs. I have been aided in this process by my work that has taken to me various corners of this country and exposed me to many arts and crafts forms. 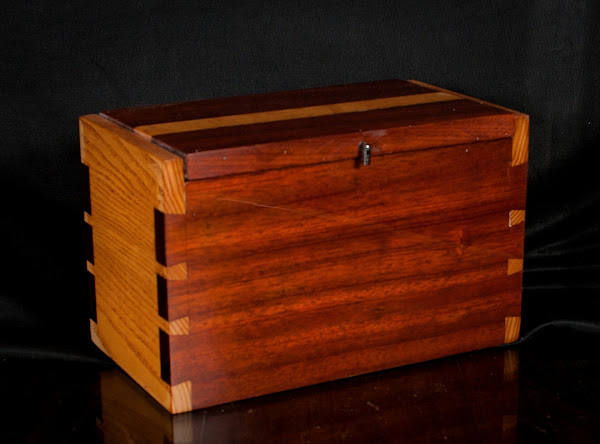 My first idea took me back to a small town in Bengal I had visited years ago. Today, it isn't much of a town but in the past, Rajmahal was a place of great strategic importance as it stood at the entrance of Bengal where the River Ganga swings south skirting a region of hills and jungles. All invading armies normally had to enter Bengal through this route because the other routes led through thick jungles of the Chotanagpur plateau. Every Nawab stationed troops and guns at Rajmahal. The place declined as the British enforced peace throughout the Subcontinent but several old families and a few isolated mansions survived the vicissitudes of time. I had visited the place and had been shown surviving houses and artefacts. I clearly recall seeing a number of wooden objects, including boxes, almirahs and stools used in that era. These were based on colonial designs - an amalgam of European and Indian traditions. I modified a simple design with a sliding lid, a single tray and pen rest that I recall having seen, I called this the Rajmahal Pen Box. This box first found its way to my author friend, who quickly filled it up with his collection. Then others demanded one too. And thus, was born a line of pen boxes which I now make and sell in small numbers. Through my website www.banerjies.in. 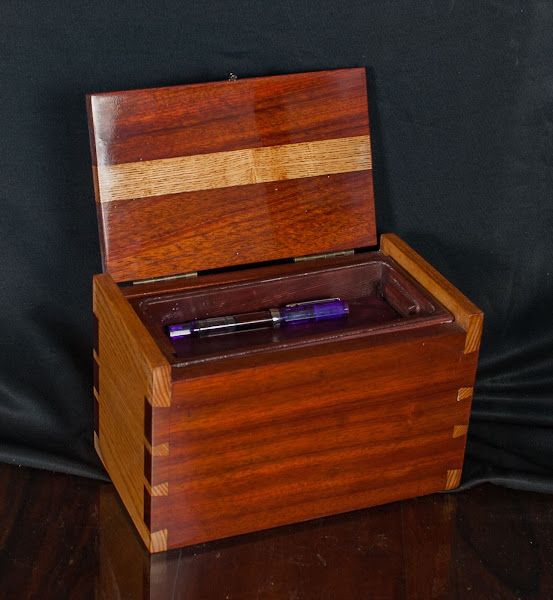 Another design has a regular lid but is similar to the Rajmahal Pen Box. I call this the Panagarh Pen Box after the memory of an Army officer who was once stationed at that depot near Durgapur. Boxes are all about memories and storing things we cherish. They must be as lovely as the items that are to be stored. This was my first impulse and even today I strive to make each of my boxes as exquisite as possible, using the best woods like African Padauk, American Maple, White Ash and English Oak. The boxes are not put together by nails or screws but time-tested dovetail and similar joinery. The finish is either Shellac (French polish) or polyurethane, both painstakingly applied over several days. The pen boxes have brought together my two passions in life - writing and woodworking. They are both wonderfully fulfilling. The fountain pen has returned to my life and I am so grateful for that. Today, I first pen my articles and then copy them into my computer. I have no need to make corrections as the process of keying it into the computer is like writing a second draft. The pen makes it faster for me to put down my thought - years of practice perhaps from my formative years. But it is a wonderful process I look forward to every morning: choosing a different pen and ink combination and filling up my journal with inconsequential things no one will ever read. Indranil Banerjie
1 May 2021 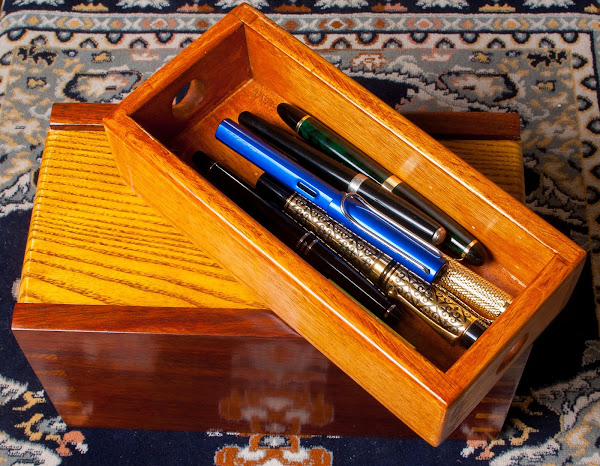 [This piece first appeared in www.inkedhappiness.com]

There are a huge variety of fasteners for different jobs. It is a big job deciding on the right kind of fastener or screw and then finding it. Here is a pictorial guide I found on the internet [http://justpaste.it/7ux]. Looks pretty useful.  The website of D. Lawless Hardware, an American company, provides a lot of information on screws in general. I have extracted some information from there website. Basic Types of Wood Screws Wood screws are classified by the type of drive, the shape of head, its length, and whether it is designed for wood or metal; this page refers to wood screws only. Types of Drives Drive refers to the indented shape on the screw head used to turn the screw. There are many different types of drives. Here we are only covering the four most used drives. These include slotted (flathead), phillips (crosshead), square, and pozidriv. A brief description of each drive is below with a picture at the bottom to illustrate each ones unique design. SLO

Plywood surfaces are usually not very attractive on their own unless they have been veneered. Attaching veneer or buying pre-veneered plywood or board is often not appropriate for many projects, especially the more functional ones for the kitchen, bathroom or garage storage. A straight paint job is often the only finish required. The results can be quite pleasing if some amount of care is taken. I often get questions about painting plywood, which is understandable because painted plywood can look terrible if not done properly. I prefer to use the non-glossy paints called "satin" paints. These paints do not shine or look like plastic emulsion. They give a smooth, silky look. Dulux and a number of other companies makes these paints and you can choose from many different shades. The stages to a very decent if not excellent finish are as follows: 1. Light sanding. No abrading, just rubbing gently to remove burrs, loose bits and so on. First Coat of Primer Applie